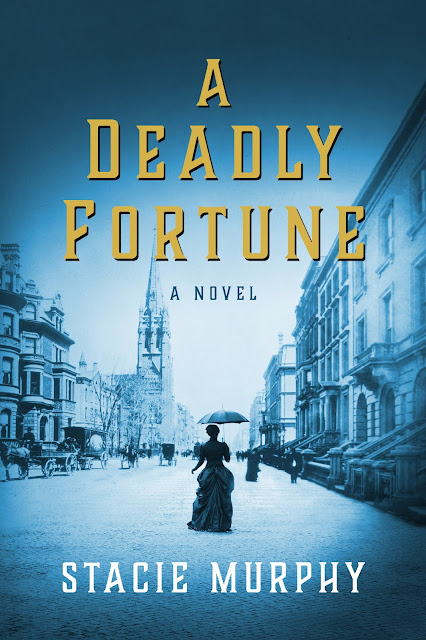 Welcome Readers to another installment of Author Interviews. Today we are talking with Stacie Murphy about her new book (Jan 2021) A Deadly Fortune. Grab a cup of tea or coffee and snuggle up in a comfy chair and join us.

JMR-Welcome to the Books Delight, Stacie. Tell our readers where you live, what you do for fun and what does the perfect day look like?

SM-I’m originally from the Nashville, TN area, but I currently live in Northern Virginia a few miles outside Washington, DC with my husband and daughter. I love hiking and whitewater rafting (although I haven’t done much of that since my daughter was born—I’m looking forward to her being old enough to go!). On the quieter side, I also enjoy gardening and crochet. A perfect day has to be a fall day—one of those crisp, non-humid October days we get way too few of in the DC area. There would be a walk in the woods, three gourmet meals, and some quiet time in a porch swing with a book. 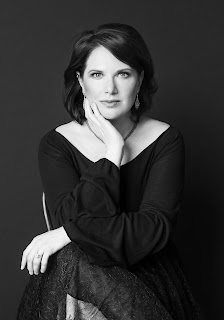 SM-Obviously I love the Victorian Era. It’s different enough from our own time to feel a little exotic, and of course the clothes are fabulous. But it’s still recognizably modern in a lot of ways, so it’s not as disorienting as some other times. My second favorite is the Tudor/Elizabethan period—still great clothes, and so much intrigue!

SM-There are so many historical figures—particularly women—I’d like to talk to. Cleopatra, Empress Theodora, Eleanor of Aquitaine, and Queen Elizabeth I are top of the list. I’d ask if I could just follow them around for a day and watch how they navigate their worlds.

JMR- How did you come to be a writer of historical fiction? Do you have a background in writing or history?

SM- I have a BA in English, but I’d never written fiction until I sat down and decided to write this novel. There was a perfect storm of factors that made me decide it was time, so I started thinking about all the things I love to read and how to mash them together.

JMR- Tell us about your new book, coming in January, A Deadly Fortune.

SM-I think of A Deadly Fortune as something like The Alienist, if Sara Howard was psychic. It’s the story of Amelia Matthew, a Gilded Age orphan who has used her minor psychic gift to make a life for herself. After a head injury, she wakes with wildly expanded abilities and soon finds herself confined in the New York City Insane Asylum on Blackwell’s Island. She meets a sympathetic doctor who agrees to help her escape, but only if she’ll first help him by using her gift to locate a woman who he believes has been imprisoned in the asylum by her husband.

JMR- You book is set in New York City, during the Gilded Age. How did you research this time period? What surprised you most during your research?

SM-I read a lot of fiction set in the Gilded Age, so I had a pretty good grounding in the time period before I ever got started writing. I looked at a lot of old photos, and I read a lot of old psychological texts so I could get the asylum and the doctors right. And of course I read Nellie Bly’s account of her time there.

JMR- Your main character is sent to the insane asylum at Blackwell’s Island. I just read a book Feigned Madness about Nellie Bly and her brief stay there. Can you give our readers a brief description of the place?

SB-The asylum was a public institution meant to serve the poor, so it was horribly overcrowded, underfunded, and basically a dumping ground for inconvenient women. They were given spoiled food and often abused by uncaring and low-skilled staff. There were doctors and nurses who wanted to help their patients, but there was so much about mental illness that wasn’t understood, and there just weren’t many good options for treatment. One of the common “cures” for “melancholia” was a cold-water bath, after which the patient would be wrapped in a wet sheet and left in a cold room for hours. It was meant to shock them out of their depression. Nellie Bly (born Elizabeth Jane Cochran) was a journalist who got herself committed and remained in the asylum for over a week in order to document the inhumane conditions. There were major reforms as a result of her work, and the asylum closed for good a few years later.

SB-I intend A Deadly Fortune to be the start of a series, so I have a half-done draft of a sequel and several ideas for later books. I’m also working on a standalone WWII-era novel set in DC, in which a woman assumes the identity of her missing twin sister in order to find out what happened to her.

SB-I always love a chance to talk about my very favorite historical detail in the book. I was trying to figure out if it was plausible for the asylum to have had a telephone in 1893, and I wound up finding an actual directory of New York asylums for that year, which included all their phone numbers. So the number in the novel is accurate! I love that detail, even though it’s not necessary to the plot.

JMR- Thank you Stacie for stopping by. We wish you much success with your new book! Readers I know you're going to want to check it out, so I've include a link below.