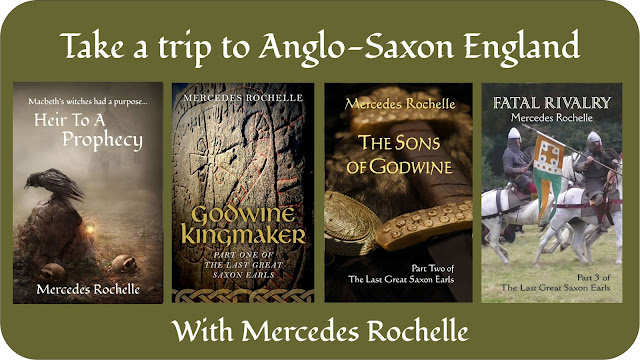 JMR-Welcome to the Books Delight, Mercedes. Tell our readers where you live, what you do for fun and what does the perfect day look like?

MR- Good afternoon, Jeanie. Thanks for having me! I live in rural Central New Jersey near the Delaware River in a log home we designed ourselves. Between my Real Estate business and my writing, I don't have a lot of free time, and I usually relax in my garden—at least in the nice weather! When the weather is bad, I have my nose to the proverbial grindstone. I my ideal day I sleep late, read a history book with my morning coffee, spend a few hours marketing or writing, a few hours gardening or hiking, and my last few hours watching a movie then reading a novel before bed. Not very exciting, am I?

JMR- What is your favorite historical time period? Why? Have you traveled to historical sites tied to that period? Where?

MR- I adore the middle ages in Europe. I spent the first two decades of my writing life in eleventh century England, and now I've jumped forward to the late fourteenth century. In my very early days (the late '80s), I went to northern England and Scotland to scope out the sites in my first novel, hoping to find some remnants of Macbeth. I was so disappointed! Nobody seemed to care about all that stuff, and I found precious few memorials or ruins. Of course, I went to the Battle of Hastings site, but even that location is in dispute. These days, with the internet, I don't even have to leave the house to get the layout of the land.

MR- I hate to jump on the bandwagon but I find myself gravitating toward Queen Elizabeth I. She was such a mass of contradictions and yet she managed to keep all her tempestuous nobles in line. That was a huge accomplishment for any monarch, much less a female one. Of course, my question would be a common one, so I would have to ask her in private: Was she really a virgin?

JMR-In your bio, you say you do historical reenacting? What time period? How did you prepare for the part?

MR- For thirty years I was a member of the Society for Creative Anachronism—SCA for short. This group recreates the middle ages as they "should" have been—without the plague, starvation, that sort of thing. I found them by accident at a Shakespearean Festival and jumped right in, more for the social experience than the historical angle. But that soon changed and I discovered that living history has a real connection with everyday life, and it totally inspired my writing. I leaned so much about arms and armor, costuming, cooking… actually the list goes on and on. In fact, it wasn't until after I joined the SCA that I discovered Historical Fiction as a genre. 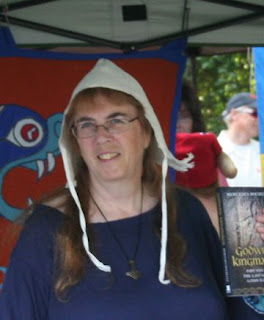 JMR-What is the biggest misconception about your favorite time period? Silliest question asked by visitors?

MR- Oh, horns on Viking helmets! That drives me crazy. We can blame the costume designer for that one: Wagner's Norse saga, Der Ring des Nibelungen. The opera was such a hit that the horns became part of our mistaken heritage.

JMR- Tell us about your latest book, The King’s Retribution.

MR- This book covers the second half of Richard II's reign and is part two of The Plantagenet Legacy. In Part 1, Richard almost loses is throne to a group of antagonistic nobles including his uncle the Duke of Gloucester. When he is ready ten years later he wreaks revenge in a swift and merciless manner. He might have gotten away with it, but he went too far and underestimated the courage and perseverance of Henry Bolingbroke. Actually, I was inspired by Shakespeare's Richard II, which covers the last two years of Richard's reign. But Shakespeare left so much out…he had to, of course. My books fill in the details.

JMR- I’ve always found Richard II to be an interesting character, crowned at a young age, controlled by his powerful uncle, John of Gaunt, and other self-serving men, but his reputation is a bit tarnished. What’s your take on him does he deserve it?

MR- Well, that's a good question! There is so much controversy and so many contradictions that the real story probably can never be discovered. Just like with Richard III, his usurper went to great lengths to darken the name of his predecessor. Depending on which historian you read, Richard was either a deeply disturbed man, wicked, and possibly insane, or he was terribly wronged by the usurper. In my humble opinion, Richard never had a real childhood, and hence never had the opportunity to develop friendships that would last a lifetime and support him—like his grandfather Edward III did. What few friends and advisors he had were destroyed during the Merciless Parliament (book 1). I think he was so worried that it would all happen again that he was "frightened into tyranny", as one historian so aptly put it. Once Queen Anne died, he lost the only person that could restrain his destructive tendencies.

JMR- What project are your working on now?

MR- I have three or four books left in the series, depending on how much history I dig up. My current WIP, about Henry IV, is called The Usurper King, giving us Henry's point of view during the usurpation, and takes us through the first three years of his reign. So much happens! Henry soon discovers that kingship is much more onerous than he ever suspected, and his reign is soon hampered by terrible money problems and repeated revolts.

MR- One of my favorite questions is this: In historical fiction, how much can you stretch the truth?
My answer? I think an author can get away with stretching the truth —to an extent—if the story is entertaining enough. I don't mean putting characters in the wrong period (unless it's a time travel) or falsifying the outcome of a battle. That's too much for me. But I don't have a problem incorporating a legend into a story, if it's been believed for hundreds of years (usually the legend is more interesting than the truth). Or putting the character in a country he probably wasn't visiting at that time (you can always explain in the author's note). Since we are writing fiction, the story comes first. To paraphrase Stephen King, your first job is to entertain someone who had a hard day at work and just wants to relax. There are always going to be nit-pickers out there who will castigate you for the wrong piece of clothing or an incorrect word. Forget about them! If your story is good enough, the average reader won't care.

JMR- This is a very interesting point, I agree, you can only stretch so far before you find yourself writing fantasy. But, the readers entertainment is paramount.

JMR- Thank you, Mercedes, for this fun and informative chat. Good luck with your new books and take care. Readers if you are interested in Mercedes books, I know I am, click the Amazon button below.