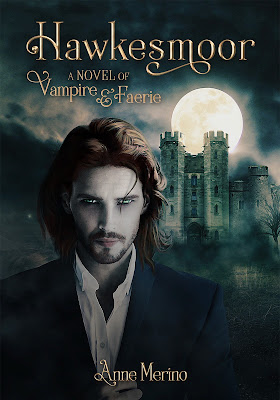 Welcome Readers, to another installment of my author interviews. Today we are talking with Anne Merino, author of Hawkesmoor. You're really going to enjoy her interview. Grab a cup of something warm and get comfy.

JMR-Welcome to the Books Delight, Anne. Tell our readers where you live, what you do for fun and what does the perfect day look like?

AM- Thank you so much, Jeanie, for inviting me to your excellent site to talk about books and writing! Talk about a perfect day!

I live in Northern California these days after many, many years in Los Angeles/NYC and the entertainment industry as a choreographer/ballet dancer, writer and occasional actress. I really love the American West – the grandeur of its vast natural spaces and spirit of optimism in which anything seems possible if one simply applies themselves. I spend a lot of time at the remorseless computer screen so getting out and about in the fresh air – preferably on the back of a good horse – is my idea of breezy fun and a perfect day. However, if bested by stormy weather, I do like to slip away to a wonderful Indian restaurant and read a good detective novel over a curry. 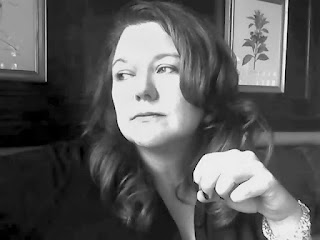 AM- As with many of us who love books and write books, I am mesmerized by history. I find, in my writing, that I return time and again to the Georgian period – the 18th century. It was a tumultuous time but one riven with the highest level of intellectual and artistic achievement. In my novel, Hawkesmoor, the hero is a reluctant vampire whose human years were spent in the mid-18th century. He was the son of an earl, allowing him fully appreciate and participate in this vibrant era of art, theatre and intellectual pursuit. It was a joy to write of these things – the extraordinary beauty of the clothes, furnishings and architecture.

AM- So difficult to narrow it down to just one! I have a particular love for Benjamin Disraeli – he was such an acutely intelligent man with sparkling wit. The master of the bon mot!

But I am going to go with Teddy Roosevelt – my definition of the Great American. No hothouse European, he was as comfortable rounding up cattle on the trail as he was attending opening night at the opera. He could sit on a log and chat happily to the blacksmith or discussing the finer points of the Japanese Bushido Code with a scholar. What a great American! I would ask Teddy about one of his expeditions in which he apparently had a run-in with Bigfoot. I would ask our 26th president for all the details!

JMR- The majority of authors I interview write some form of historical fiction. Your book, which we’ll get to in a moment, is a paranormal mystery, but has strong elements of historical fiction embedded in it. How integral is history to your story? How do you classify your book by genre?

History is absolutely essential to Hawkesmoor. The past and its ramifications swirl around the protagonist, Robin Dashwood with every step he takes in the plot. It seeps into every aspect of the story from Mediaeval Hawkesmoor Castle through the myriad of characters both human and vampire to the brutal murder itself. Indeed, the reader travels back to Georgian England with Robin Dashwood on numerous occasions as he attempts to solve a long-forgotten murder.

JMR- How important is it to you as a reader that an author gets their history spot on? What do you do as a writer to give your book the perfect historical feel?

AM- My father was a noted classical philosopher and military historian. My mother was a teacher with a specific interest in period textiles and art. History was something that was discussed at great length over every family dinner. One was expected to know their bit and be able to contribute something interesting to the conversation – a wonderful education for a writer! That said, getting the details for a particular era right in a novel is important and an obligation, I feel, a writer to the reader. Of course, that doesn’t mean a writer can’t – in the name of a good tale – bend a few things here and there to suit the plot. In Hawkesmoor, I stretch the truth just a little concerning the great composer Handel’s personal opinion on casting castrati singers. But in the main, it is crucial to get things right. Readers are smart! They know the real deal when they read it.

JMR- When did you know you wanted to be a writer?

AM- Funny – I just wrote about this for a lovely little book called I, the Writer (Sweetycat Press) – a collection of essays from professional writers concerning just this moment in one’s life. It’s a fascinating volume to sift through, reading about that personal turning point – some harrowing, some hilarious – from over a hundred gifted authors.

My parents, my aunts, my uncles, my grandparents were all published writers. Being traditionally published was seen as a rite of passage in my family. I think I always thought of myself as a writer from the time I grasped the extra-large, easy to hold pencil to write a sentence about the cat and the mat.

JMR- Anne, tell us about your new book, Hawkesmoor: A Novel of Vampire and Faerie.

AM- This is that moment when a writer takes in a breath of air and wonders two things – 1. How to talk about a beloved writing project without sounding pompous and insufferable 2. How to relate a little of the flavour and story without giving too much away. Here goes:

I began the novel with the idea that I’d might like to write about a historic location with a notable murder from a long-gone century. After dreaming up with the basic concept of Hawkesmoor Castle, a lovely but haunted Mediaeval keep in Yorkshire, I wondered who might live at the castle in modern times and, perhaps, be in the process of doing a major, important restoration. I decided that the De Barry family had inherited the castle sometime in the early 19th century and in the current family incarnation, Lady Caroline De Barry would be fighting to ensure that the historic landmark had its needed repairs.

It occurred to me that having a character who had known the castle in its distant past would be a really fascinating way to explore Hawkesmoor Castle and its history.  I created Robin Dashwood, formerly Lord Merritt of Hawkesmoor Castle who lost his human life in 1750, becoming a vampire against his will.

There is a chance encounter at a Manhattan fundraiser that brings Lady Caroline and Robin Dashwood together. He learns someone he loved in his human life was viciously murdered at Hawkesmoor Castle and decides to finally return home to confront his past. What he uncovers there will shake the foundations of vampire lore and its brutal hierarchy, putting Lady Caroline in terrible danger and setting into motion events that will lead to a final bloody confrontation between a revenant army and human kind.

I think Hawkesmoor is good fun! I can promise lots of colourful trips into the past, a very different sort of vampire universe, Celtic mysticism and eerie things that go bump in the night. Always love a novel that inspires me to brew up a cup of hot tea and settle in for a good read. Very much hoping readers will find Hawkesmoor that kind of novel!

JMR-What projects do you have in the pipeline? I believe Hawkesmoor is a series.

AM- There’s quite a lot in the pipeline thanks to the lovely people at Rivercliff! I am almost finished writing the second novel in the Hawkesmoor Trilogy that will continue the adventures of Robin Dashwood, British vampire. Rivercliff has also acquired Spider Hall – a haunted house story set on the southern coast of England and A Season for Wolves – a suspense story set around events of the French Revolution. I have done a screenplay adaption of A Season for Wolves which is currently an official selection of the 2021 Los Angeles Motion Picture Film Festival and just won the Critic’s Choice Award at the Madras Independent Film Festival. Fingers all crossed that 2021 will be a lively and vibrant creative year!

AM- How very kind of you. It’s been a genuine pleasure dropping in to the Books Delights!

On Facebook, I have a page for Hawkesmoor called The Hawkesmoor Club and would very much welcome interested visitors!

I can be found in the dark and lonely byways of Twitter at @AnneMerino4.

My publisher, Rivercliff Books, has a terrific page about Hawkesmoor with all sorts of interesting bits about it. This can be found at https://rivercliffbooks.com/hawkesmoor/

JMR- Thank you Anne for stopping by. We've really enjoyed chatting with you. Good luck with you book and series. Readers, if you are interested in seeing more about Anne's book, click on the Amazon button.