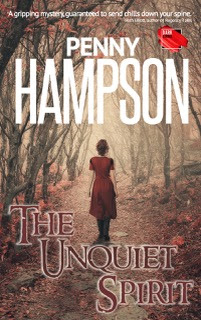 Welcome Readers, to another Author Interview Day. We are please to have with us today, Penny Hampson to talk about history, writing and her books.

JMR-Welcome to the Books Delight, Penny. Tell our readers where you live, what you do for fun and what does the perfect day look like?

PH- Hello, Jeanie. It’s great to talk with you. I live in a small market town in Oxfordshire, with my husband and adult son who, because of chronic illness, is unable to live independently. Oxfordshire is a lovely part of the UK - a county with picturesque honeystone buildings and lots of unspoiled countryside, most of it on my doorstep, I feel very lucky to live here. What do I do for fun? Good question, though there hasn’t been too much of that this year, has there? I enjoy going out exploring, both locally and further afield. I love visiting stately homes and seeing how the aristocracy used to live. It’s also very good research for my stories.

I live not too far from Oxford, which has some amazing museums and art galleries, and I enjoy visiting these when I have free time.

My perfect day would be to pack a picnic and head off into the countryside. Wandering along river banks and spotting the wildlife, then stopping for something to eat - what could be nicer? Although with the British weather, a sunny dry day might not be guaranteed!

In reality, my days look nothing like this, they’re more a round of housework, some writing, and basically trying to stay on top of things. 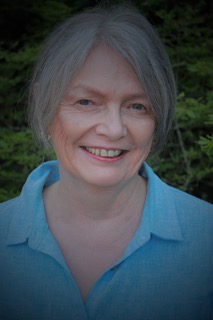 JMR- You have a degree in history and historical research, what is your favorite historical time period? Why?

PH- When I was studying for my degree, I was really interested in medieval times, but over the years my focus has changed. That is due in part to my love of Jane Austen and Georgette Heyer, whose books I love. When I started to write my own stories I decided to set them during the Napoleonic Wars, and have now done a great deal of research into the people and places of this time period. So much so, that last year I persuaded my husband to take me on a historical tour of the Lines Of Torres Vedras in Portugal, which was fascinating. I’ve become a big fan of the Duke of Wellington and all that he achieved with his army in the Peninsular War. Not that the war takes a central role in my stories, it’s just there as background, but it does affect the actions of my characters.

PH- This is a difficult question. I don’t have a favourite historical female, but one person I would like to meet would be Elisabeth Pepys, the wife of the famous naval administrator and diarist Samuel Pepys. She seems to get such a raw deal in his diaries, he’s nearly always criticising her. They married when she was in her mid-teens, apparently a love-match, as an ambitious man like Pepys should have chosen someone with far more powerful connections. But for all his complaining, Pepys mourned her loss deeply when she died childless at the early age of twenty-nine. I’d love to ask her what she thought about her husband’s philandering ways. Did she actually know or suspect what he got up to with all the other females in his life before she caught him red-handed with her maid?

JMR- Regency Romance is an enormously popular genre, which ranges from sweet romance to bodice ripping Dukes.  An unsuspecting reader might believe that all of England was running about falling in love and marrying whomever they wanted. How well do most regency romance books fit into the societal norms of the period? Or does that matter?

PH- I think that the majority of Regency Romance is fairly well-researched when it comes to the social mores of certain sections of the population, though I have read some horrors! But because I believe that most readers are looking for a little escapism, I don’t think they want to know all the gory details of the poverty, social unrest, and warfare.

That’s not to say that I never mention these sorts of things in my stories, but when I do, I try to bring them in subtly. Major Crawford, the main character of An Officer’s Vow, suffers from a war injury and also from what we now know as PTSD. In A Bachelor’s Pledge, I try to bring out the sense of paranoia that existed in coastal towns by the way the fisherwomen blame anything untoward on Napoleon.

JMR- As a history lover, I enjoyed historical fiction that immerses me into the period. What elements do you think are important to give your writing a real flavor for the times?

PH- I think it’s the little details that count. The conversations between the characters that perhaps mention something that really happened, or the descriptions of dress or surroundings. We know exactly where we are when a butler opens the door, a maid brings in a tea tray, or a gentleman makes a visit to his club. It’s not all about the language. I think some very successful Regency novels are written in quite modern language but still manage to convey a sense of the past. For me, it’s a balance of writing something accessible that a modern reader can understand and interspersing just the right amount of Regency phrases and idioms. Georgette Heyer was an expert.

JMR- Penny tell us about your Gentlemen’s Series. A Bachelor’s Pledge and An Officer’s Vow.

PH- Both these books are set in 1810, and although they are part of a series they can be read as standalones.

Major Nate Crawford’s future is bleak. Crippled and useless, he’s contemplating ending it all. Then fate throws him one last chance.

Sheltered heiress Lottie Benham is running away — the bravest thing she’s ever done. She needs to stay alive and hide.

When their paths collide, Nate comes up with a plan that should suit both of them. But his simple solution turns into a battle for survival when their journey becomes a deadly adventure — endangering their lives and their hearts. 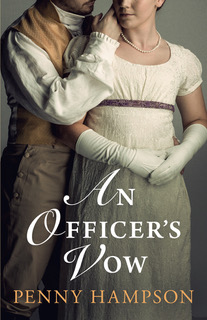 Secret agent Phil Cullen is upset when he discovers that the young woman he rescued from Mrs Newbody’s establishment has absconded from his housekeeper’s care without a word. Thinking he has been deceived, he resolves to forget about her… something easier said than done.

Sophia Turner is horrified when she is duped into entering a notorious house of ill-repute. Then a handsome stranger comes to her aid. Desperate that no one learns of this scandalous episode, Sophia flees to the one friend she knows she can trust. With luck, she will never see her mysterious rescuer again.

But fate has other plans…
Months later, Phil is on the trail of an elusive French agent and Sophia is a respectable lady’s companion when fate again intervenes, taking their lives on a collision course.
Traitors, spies, and shameful family secrets - will these bring Sophia and Phil together… or drive them apart? 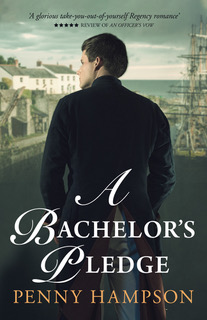 JMR- You new book, The Unquiet Spirit, is a bit different from your first books. Tell us about it.

PH- Yes, The Unquiet Spirit is my first foray into contemporary fiction, but it does have a strong historical component. I wanted to write something a bit spooky, with a mystery at its heart - all my stories are centred around mysteries.

It is set in Falmouth, Cornwall, a part of the UK that I love (A Bachelor’s Pledge is mainly set there too) and it tells the story of what happens when Kate Wilson inherits her godmother’s house.

For a start, the house Kate inherits might be haunted – either that, or she’s going mad.

Then there’s her enigmatic neighbour, the brooding Tom Carbis; a man with secrets he doesn’t wish to share. Despite their strong mutual attraction, Kate’s not sure she can trust him completely.

The discovery of a hidden journal and a charismatic portrait point Kate to a romantic mystery from the past – a mystery with connections to Tom’s family. It becomes Kate’s quest to uncover the fates of the lovers – a task that leads her into life-threatening danger.

Will Kate be able to escape unscathed? Or will history repeat itself?

JMR-What’s next? Are you continuing your Gentleman series?

PH- Yes, early next year, I’m re-issuing A Gentleman’s Promise, which was the first of my Gentlemen Series. It was my debut novel, and with a tightening-up of the story I’m hoping to reach more readers. I’m also part way through writing An Adventurer’s Contract, which tells the story of one of the characters introduced in A Bachelor’s Pledge. More than that I cannot say, but it involves French emigrés, spies, action, and romance!

PH- I can be found here:

PH- I think you’ve covered everything, Jeanie! Thank you so much for inviting me to your blog and giving me the opportunity to talk about my books.

JMR- Thank you Penny for stopping by and telling us about your books. We wish you luck for your new book and all your future ventures. Readers if you'd like to get a look at Penny's books, click the Amazon button below.