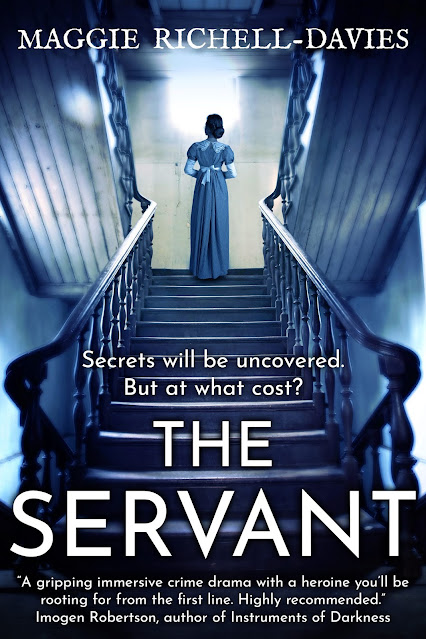 Where do you live, what you do for fun and what does the perfect day look like?

It is a ‘delight’ to be invited onto your site, Jeanie. Although I have had homes in Peru, Africa and among the redwoods of Northern California’s Mill Valley, I now live in the spa town of Royal Tunbridge Wells, in the area of Kent known as the Garden of England. We are a short drive from Hever Castle, Anne Boleyn’s family home, Winston Churchill’s house, Chartwell, and from Sissinghurst and Knole, with their associations with Vita Sackville-West. In normal times we love exploring their splendid gardens, followed by jam and cream scones in their atmospheric tea shops.

Fun, for me, is discovering a new book, visiting our extended family in Surrey and Northamptonshire, gardening (inexpertly), or working on my own writing.

My husband rides his horse most mornings, so a perfect day would be a session at my laptop with a coffee while our fluffball black rescue cat, Gizzie, supervises from the windowsill. Then, after a break with the newspapers, we’d take a country walk, finishing with a lazy lunch at an English pub. Late afternoon and evening would be spent pottering and then curling up with either a good book or the latest DVD of something like Emma. 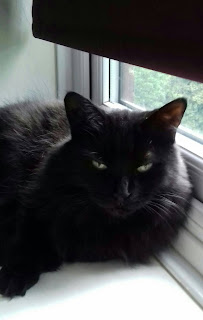 What is your favourite historical time period?

Difficult question! Tudor history is full of drama and people having their heads chopped off, but I am more intrigued by the 18th century, when life began to be more civilized. I especially adore houses of the period. We lived for twenty years in a timbered property - which I used as the farm of my hero in The Servant. It actually dated from the middle of the 17th century, but with 18th century additions. The floors sloped and creaked, our inglenook fireplace was big enough to roast half an ox, and the beams – as can be seen from this photograph of the exterior – were as thick as a man’s thigh. 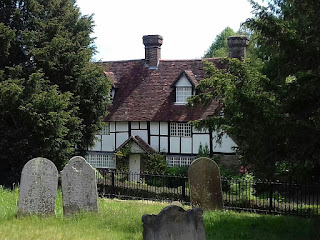 Who is your favourite historical figure, and why? If you could ask them one question, what would it be?

My favourite has to be Thomas Coram, who will be unknown to most of your readers. A retired sea captain, he was horrified, on his retirement, to see babies abandoned to die on London’s dung heaps. The Catholic Continent had convents which accepted foundlings, but there were none of those in Protestant England. A man of action, Coram set himself the seemingly impossible task of raising enough money to provide a refuge for infants whose mothers were unable, through want or the social disgrace associated with unmarried motherhood, to care for them. It took him an amazing seventeen years but, finally, in 1741 London’s Foundling Hospital opened its doors. 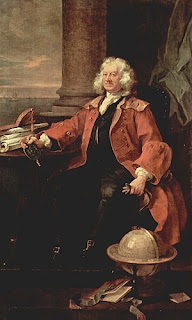 The Foundling Museum, in London’s Bloomsbury, still displays coins or scraps of ribbon or lace left by heart-broken mothers in the hope they might, one day, be able to reclaim their precious child. 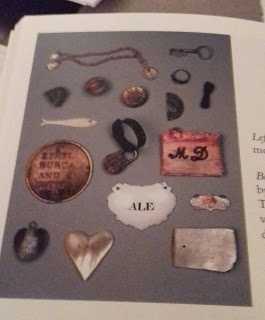 My question to Captain Coram would be: what inspired you to stop targeting the reluctant City fathers and powerful male aristocracy and instead approach their wives? Because it was the signatures of the Duchess of Somerset and other high society women on The Ladies Petition presented to King George ll in 1735 that made his dream a reality. It makes me wonder whether the consciences of those ladies had been pricked by awareness of sins committed by their own sons and husbands?

Did you always want to be a writer? When did you know you really were one?

Having been seduced by Charlotte Bronte and Jane Austen as a teenager, I always longed to follow their example. For years I wrote just for myself, before managing to have a handful of short stories published and tentatively starting novels. But winning the Historical Writers’ Association 2020 Unpublished Novel Award this spring and finally placing my own published novel on our own bookshelves was a pretty definitive moment. However, I still believe that creating imaginary worlds can be a satisfaction in itself.

What elements are important to make the reader feel immersed in your setting?

You must somehow make your reader care about your main character and, hopefully, to like them as a human being. To achieve this, I aimed to involve them in my heroine’s internal  processes.

Here is Hannah’s realization that Peg, the lame kitchen drudge, far from being dishonest, is actually starving:

Peg is back in the kitchen, avoiding my eye.

“What is that? In your hand?” I must not let her think, because I am young, she can take liberties.

She squirms against the wall, one arm behind her back and I wonder what she can have found to steal. There is little enough.

She holds up the mouldy bread I threw out earlier for the sparrows. It is dirty from the yard and looks as if a rat has gnawed it.

“Are you hungry?” I frown at the thinness of her shoulders. The wrists like bird bones. “Hungry enough to eat that?”

I can’t know if I’ve succeeded, but some readers have been generous enough to suggest that I have.

Historical fiction writers have to balance the story and the history without dumping historical facts on every page. How do you manage to convey historical context without sounding like a school teacher?

Writers are admonished to show not tell and I agree that this is key. We are inviting our readers into unfamiliar territory. They know nothing of the smells of home-made lye soap, or what watching bull baiting might have felt like, so using all five senses is vital, as is body language. Diaries and novels (I referred to James Woodforde : The Diary of a Country Parson and to the novels of Henry Fielding) provide first-hand glimpses into contemporary life. One image that stayed with me (which I didn’t actually use) was the reference to a Norfolk winter night so cold that the contents of all the upstairs chamber pots froze solid. The hardest part here is sacrificing most of your research. I usually bang everything into a first draft, then prune detail away whenever I edit, sometimes copying passages into a snippets folder, so I can always dig them up again. Possibly in another novel! Research is like table salt: essential for flavour, but best used with a light touch.

Tell us about your book, The Servant.

Young Hannah Hubert may be the granddaughter of a French merchant and the daughter of a Spitalfields silk weaver, but she has come down in the world. Sent as maidservant to a disgraced aristocrat, she finds herself in a house of mysteries, with auctions being held behind closed doors.

Yet – unknown to her employers – she can read and uses her education to uncover the secrets of the house. But it is then that she discovers the peril she is in.

I wanted, with my story, to show that 18th century London was not merely the playground of Regency bucks, nor the province of struggling governesses and educated young ladies of small fortune on the hunt for well-heeled husbands. It also held thousands of women obliged to earn their living with their labour, often in challenging circumstances. This means that The Servant can be a dark read in places, but the realism is tempered with hope and – spoiler alert – my heroine does ultimately find love and her own happy ending.

What projects do you have in the pipeline?

Last year, I was shocked at statistics about the harsh punishments meted out to female criminals in 18th century England – often more cruel than those given to the men accused alongside them. Men who often would have been the prime instigators. This provided a springboard for my current book - which doesn’t yet have a final title, though I am toying with House of Deceit. Watch this space...

What questions were you hoping I’d ask, but didn’t?

Do I think historical novels have a relevance today?

I agree with Theodore Roosevelt’s comment: “The more you know about the past,

the better prepared you are for the future.”

In the 18th century there was no welfare state and women had few rights, yet they knew, perhaps instinctively, how to support one another when life presented them with hard choices. In The Servant I tried to show the resilience and persistence of those women and hope it will highlight awareness of the many present-day female hands out to help their sisters.

Thank you Maggie for stopping by and chatting. It's been a real pleasure, as always. Readers, I'm sure you'll want to check out Maggie's book, which I read and is awesome. I've included a link below.