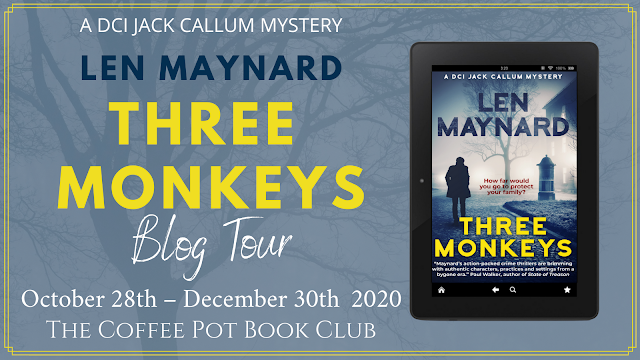 Welcome to a stop on the Coffee Pot Blog Tour for Len Maynard's Three Monkeys, A DCI Jack Callum Mystery. Who doesn't love a British Police Mystery! I have an awesome blurb to share with you today that is sure to entice your interest. First a few details.

Len Maynard was born in North London in 1953.
In 1978, a book of short ghost stories, written in collaboration with Michael Sims, was published by London publisher William Kimber. For the following forty years the pair wrote ten more collections of ghost stories before moving into novels in 2006, completing over thirty more books, including the successful Department 18 series of supernatural/crime crossover novels as well as several standalone novels and novellas in the supernatural and crime genres.
Always a keen reader of crime novels, and with a passion for the social history of the twentieth century it was fairly inevitable that, when he decided to branch out and write under his own name, some kind of combination of these two interests would occur.
The six DCI Jack Callum Mysteries were the result of several years of total immersion in the world he created for Jack Callum, his family, his friends (and enemies) and his work colleagues.
He has also written a trilogy of adventure thrillers set in the Bahamas (also available from Sharpe Books)
He is currently at work on the seventh book in the DCI Jack Callum series. 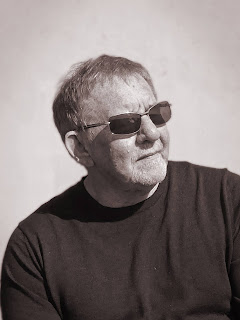 1958.
A girl’s body is found in Hertfordshire.
Her eyes and mouth have been sewn shut. Candle wax has been poured into her ears to seal them.
DCI Jack Callum, policeman and dedicated family man, who cut his teeth walking the beat on the violent streets of London, before moving his family away from the city, to a safer, more restful life in the country, leads the investigation into this gruesome crime that shatters the peace of the sleepy English town.
Images of three monkeys are sent to the police to taunt them: see no evil, hear no evil, speak no evil. Something more sinister than a mere isolated murder seems to be going on as more victims come to light.
Who is doing this and why?
At the insistence of the first victim’s father, a local dignitary, officers from Scotland Yard are brought in to bring about a speedy conclusion to the case, side-lining Jack’s own investigation.
In a nail-biting climax, one of Jack’s daughters is snatched. Before she can become the next victim, Jack has to go against the orders of his superiors that have constantly hampered his investigation, and risk his own career in an attempted rescue at the killer’s own home. 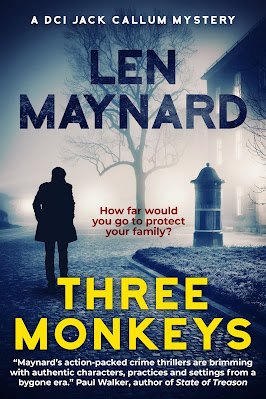 BUY NOW FROM AMAZON US

Amazon UK
Thanks for stopping by The Books Delight and checking out Len's book. Don't miss a single interview, book review, blog tour, article or update. 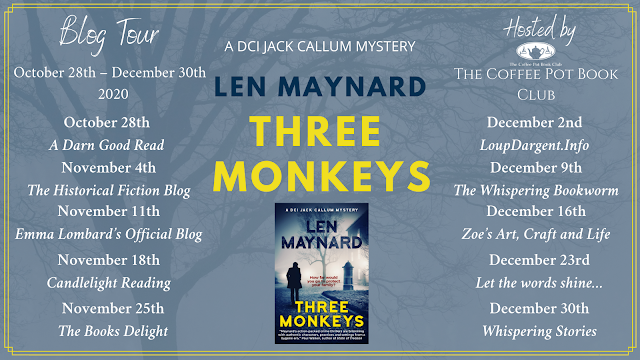