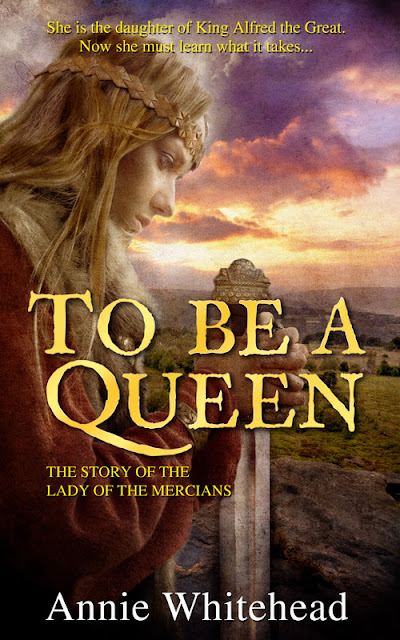 Welcome Readers, it's Tuesday and that means it's author interview day. I am really excited to have best selling author Annie Whitehead here today to talk about history, writing and her books.

JMR- Hi Annie and welcome to the Book’s Delight. Tell us about yourself, where do you live? What do you do for fun? What does the perfect day look like?

AW- Hi and thanks so much for inviting me to talk today. I live just outside the Lake District National Park in the UK. Fun for me is walking, cycling, and all forms of music – playing, listening and teaching. My perfect day though is being able to write, all day, with someone else providing the tea!

JMR- You graduated with a degree in history with a specific interest in the Anglo-Saxon era. What is it about that time period that fascinates you? I was recently admonished for using the term, ‘the dark ages’. Has this descriptor fallen out of favor?

AW- I think the draw for me is the wealth of fascinating, colourful characters. I enjoy the fact that we know so much about them but that there are still gaps to fill, which makes them rather intriguing. Many names will be familiar, such as Æthelflæd Lady of the Mercians, and Lady Godiva, while others are less well-known but still great fun. One of my novels looks at the lives of two kings, one who was famously found in bed on his coronation day with his wife and her mother, while his brother was accused of seducing a nun. His last wife was accused of witchcraft and murder! Many of these more lurid stories come to us from the later, Anglo-Norman chroniclers, so half the fun of my job is assessing the veracity of the sources and sifting the likely truth from the fantastic fiction.

I love the Old English language (especially finding out how many of our words come directly from it) and the culture of the period. The conflict and subsequent integration with the Scandinavians is fascinating, too.

It used to be called the Dark Ages because it was perceived that there was little in the way of written sources. But we have a great deal of documentary evidence as well as exquisite archaeological finds, for example the Staffordshire Hoard and the Sutton Hoo burial. 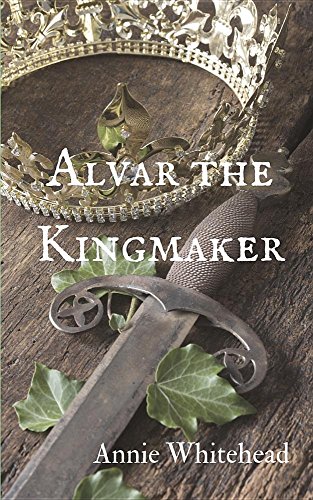 JMR- What is the biggest misconception about the Anglo-Saxon period in England?

AW- I think there are probably a few. They were more skilled than I think people might imagine – their metalworking and jewellery skills are hard to match – and their laws and culture were more advanced and sophisticated than one might think. The origins of trial by jury can be found in pre-Conquest England and women had many more rights than perhaps some of their later medieval counterparts. However, they were more medieval than ‘Dark Age’ (there were no elves or dragons); they were just Germanic rather than Norman in those early days.

JMR- Do we know everything there is to know about the Anglo-Saxon period or does scholarship continue to advance?

AW- Thinking changes all the time. Currently scholars are looking afresh at the evidence pertaining to the early ‘migration’ period. Archaeological discoveries are helping to rewrite the known history too: as well as the aforementioned Staffordshire Hoard, recent finds have included the ‘blue-toothed’ nun, whose skeletal remains had tooth stains. It was concluded that she was a scribe who had been licking her paintbrush. So this was proof that it wasn’t only monks who illuminated the beautiful manuscripts of the period. 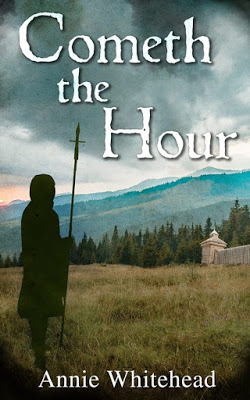 JMR- The digitization of ancient manuscripts and documents is making the past available to anyone who cares to look. Has this resulted in an uptick in interest in English history from this time?

AW- Well, it’s certainly made my life easier! However I still rely on translations in books which I’ve owned since my student days. I’m not too bad with Old English, but most of the documents are largely written in Latin, which might be a stumbling block for others interested in the period. Luckily there are lots of translations available online which makes the whole Early Medieval period much more accessible. Recent TV shows set in the period have also helped with its popularity, I think.

JMR- Was it always your intention to write? What is the biggest challenge about writing about a time so far removed from our own? What are your tried and true sources for Anglo Saxon research?

AW- I’ve always wanted to write, although not necessarily historical fiction. But I also love history, so it’s a perfect blend for me. I’m lucky in that I knew a lot about the period already, but I didn’t at first have the knowledge about how people lived and worked, and what they wore and ate. I had to research all of that and I relied on experts who’d already trodden that path. When I’m researching a particular part of the period, be it for my fiction or nonfiction, I usually start with the Anglo-Saxon Chronicle and the land charters, which helpfully have lists of all the people who witnessed the land grants and thus allow me to pinpoint where people were at specific times. 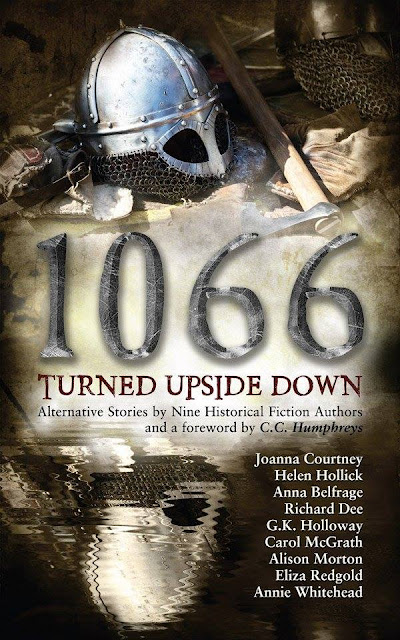 JMR- You’ve written about several Anglo-Saxon women who became powerful queens. A few hundred years later, the Normans couldn’t stomach the idea of being ruled by a woman, Queen Matilda. What was it about Anglo-Saxon culture that made this possible?

AW- More often than not the women who were the most powerful were mothers of kings. This gave them great status and when their sons were still minors, they often acted as regents for them, and frequently also outranked their daughters-in-law when their sons became kings and got married. One woman, a lady called Seaxburh, was included on the regnal lists, but she was the exception. However, we have one stunning example which shows that in certain parts of what is now England, the men were happy to be led by a woman, although she was never given the title of queen. Æthelflæd was the daughter of Alfred the Great and after her husband died she ruled the erstwhile kingdom of Mercia as Lady of the Mercians. She may not have physically fought but she commanded the troops which pushed back the ‘Vikings’ and for a short while she was succeeded by her daughter. A woman did not succeed a woman as ruler again until Tudor times. The Mercian council (responsible for electing the leaders) was clearly comfortable with the notion of women rulers. So, whilst she was unusual, she proved that it was possible.

JMR- Okay, I have to ask. Who is your favorite historical female and why?

AW- Well, after what I’ve just said, I suppose it ought to be Æthelflæd, especially as I’ve written a novel about her life (To Be A Queen). But I’ve also just had a nonfiction book published which talks about over 100 women of power and it’s hard to pick a favourite. I do really rather like Æthelburh, a Saxon queen who, according to the Anglo-Saxon Chronicle, burned the town of Taunton to the ground. (Again, she was probably acting on behalf of her son who was a minor at the time.) She also instructed her servants to trash the king’s hall so that she could demonstrate to him the folly of valuing material things too highly. She sounds like she was an incredibly doughty lady! 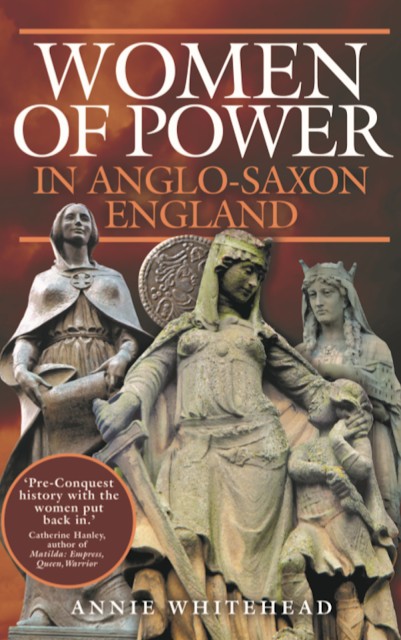 JMR- Tell us a bit about your books, both fiction and non-fiction.

AW- I’ve written three novels so far, all set in Mercia. I was also a contributor to the anthology 1066 Turned Upside Down, which reimagined the events of 1066. Again, my story was set in Mercia and featured a very elderly Lady Godiva! I’ve had two nonfiction books published: Mercia: The Rise and Fall of a Kingdom (Amberley Books) and Women of Power in Anglo-Saxon England (Pen & Sword Books).

JMR- What is your next writing project

AW- I’m just putting the finishing touches to a piece of short fiction for an upcoming anthology and my story features some of the characters from my second novel, Alvar the Kingmaker, which is set in the tenth century. Once that’s done I’m going to be writing the follow up to my third novel which was called Cometh the Hour and told the story of Penda, the last great pagan king of Mercia. This sequel focuses on the lives of his sons and daughters. I also have an idea for a series of novellas, two more novels – one a historical mystery and one a contemporary novel – and an idea for a new nonfiction book. I should probably start learning to live without sleep! 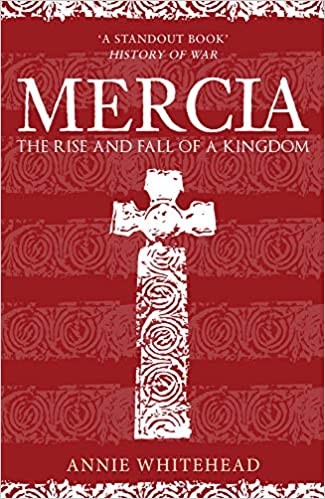 JMR- Tell readers how to find and follow you on social media.

AW- I think everything is pretty much covered. Writing – tick. Researching – tick. Anglo-Saxons – tick. Thank you so much for inviting me to talk about all these three things today!

JMR- Well thank you Annie for a delightful and very informative chat. I have links to all your books embedded in the book covers and the button below. Be sure to check out Annie's fabulous books. Also Readers, be sure to subscribe to this site and never miss an interview, review or article! 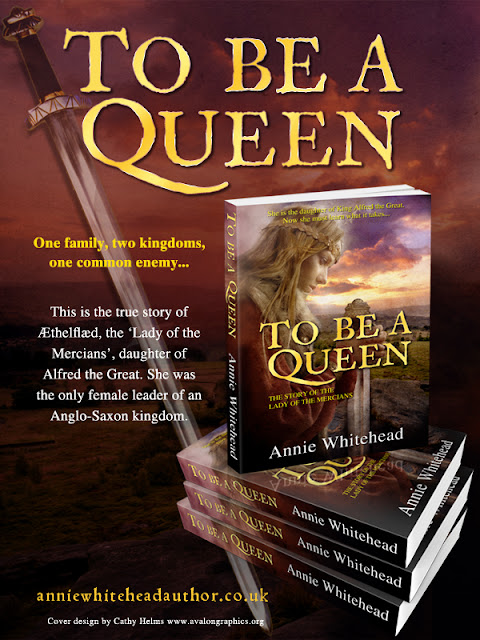