Welcome readers to another stop on the Coffee Pot Book Tour. Today we feature The Last King by author MJ Porter.

I'm an author of fantasy (viking age/dragon themed) and historical fiction (Early English, Vikings and the British Isles as a whole before the Norman Conquest), born in the old Mercian kingdom at some point since AD1066. I write A LOT. You've been warned!

They sent three hundred warriors to kill one man. It wasn’t enough.
Mercia lies broken but not beaten, her alliance with Wessex in tatters.
Coelwulf, a fierce and bloody warrior, hears whispers that Mercia has been betrayed from his home in the west. He fears no man, especially not the Vikings sent to hunt him down.
To discover the truth of the rumours he hears, Coelwulf must travel to the heart of Mercia, and what he finds there will determine the fate of Mercia, as well as his own. 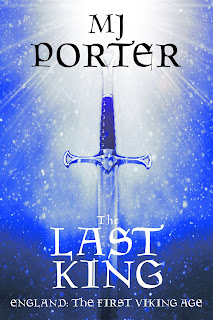 My Review:
The Last King by MJ Porter
Published: April 2020
Publisher: Indie
Genre: Historical Fiction, Military, Vikings
Available: paperback, ebook
pages: 316 paperback
Violence: 😱😱😱😱😱
Sex: none
Reviewers Note: I was given a free copy of this book in exchange for an honest review.
The last king of an independent Mercia, one of the ancient English Kingdoms, was a chap by the name of Ceolwulf. The Last King is a fictionalized story about his fight against the invading Vikings. He ruled roughly 874-879 and is mentioned in the Anglo Saxon Chronicles. They tell of the Great Heathen Army (Vikings) that settled in Repton for the winter and drove off Mercia's King Burgred. Ceowulf fought off the invaders and was acclaimed king. MJ Porter has imagined this fight to oust the invading army and retain Mercian independence.
The plot in brief: Ceolwulf and a band of loyal warriors encounter waves of enemy fighters determine to bring him, heir to Mercia, to the Viking leaders. Ceolwulf must use all his strength and cunning to survive.
Overall: First let me tell what this book is not. This is not a book that's going to give you a deep dive into history. In fact it is not until the end notes do you find out who the main character is. Unless, of course, you're like me and you googled him already. You are not going to learn much about the social/cultural/political norms of the day. So do not read this hoping to learn more about Mercia and early English history.
What you will get is an immersion into military tactics, fighting and the life of a Saxon warrior. The book is battle after battle after battle. If you love to read military action scenes this is the book for you. This book is a full on gorefest of fighting; swords, seax and shield walls; it's all here. There's some post battle cleanup, battle field medicine and burial customs which are interesting. I would compare this to a super violent video game in which the battle hardened warriors glory in killing.
The story is told in first person; Ceolwulf is our narrator. The dialogue is pretty much what you'd expect from a bunch of Saxons and Vikings intent on killing each other. The writing is straight forward and the narrative is laced together with a staggering amount of profanity. Ceolwulf is a man's man. He's brave and loyal and looks after those in his charge. Beneath his rough exterior is a man who is protective of the weak and mourns the loss of his friends. He inspires confidence and fear in equal measure.
Recommendation: I think this book would appeal to readers who are interested in military history and enjoy battlefield stories. Click on the buy now button and see this book on Amazon. 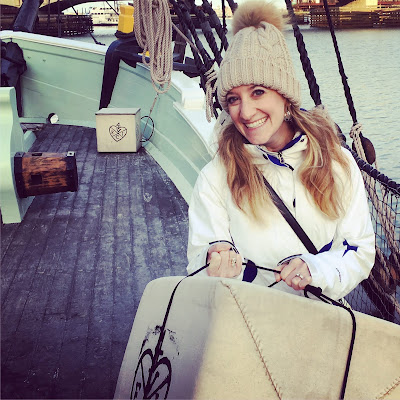