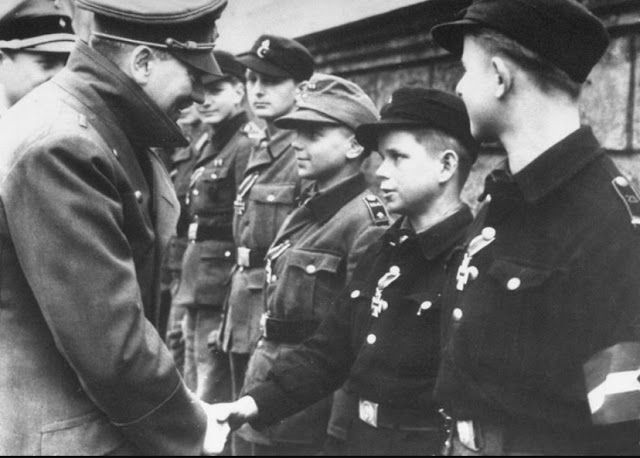 Today we welcome author Evelyn Mann to the Book's Delight. She is currently penning a World War II novel about her father's experience.....

Imagine being eight-years-old and seeing smoke rise from the only city you’ve ever known. Would it make your heart drop, seize you with fear, or make you want to run to safety? All three? This true story about a young boy caught in the whirlwind of WW2 in Vienna, Austria is a narrative about my father.

I grew up hearing few details about the devastating losses and tumultuous times he faced. It was better to live life fully rather than dwell on the unpleasantries of the past. And that was okay with me, being his daughter; the apple of his eye.

I collected the crumbs of memories over the years; stories of my grandparent’s love for one another, their passing, and how my father becoming a ward of the German state. He regaled me with stories of becoming a seaman on the Horst vessel, a German sailing ship. Occasionally, he shared how hard life was trying to find food and going hungry, even to the point of having mouth sores.

Once Vienna became occupied by the allies, he told me about an American soldier who offered him his first piece of American bread. Then came the years where my father became a double spy. He had to constantly watch over his shoulder, escape barroom brawls, and he even faced the Russians at their own game: chess.

Then, on Easter 2019, the stories stopped. At his celebration of life, I shared his legacy to a gathering of family and friends. Afterward, I vowed to craft a book to share the amazing life my father lived. That is when the seeds of the historical novel, The Handshake, was born. 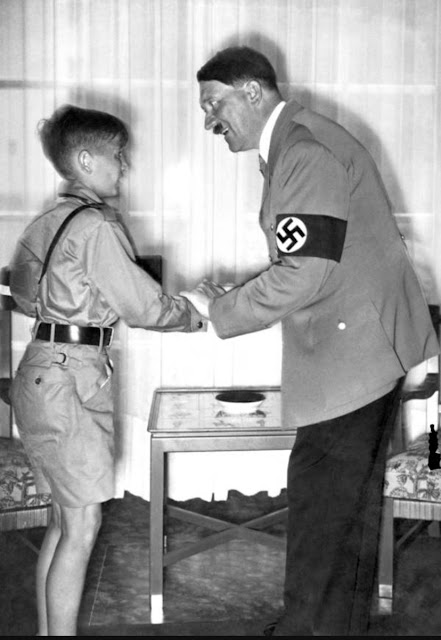 In the planning stages of crafting the memoir, I realized there were too many gaps to share a play-by-play book of my father’s early years. From the experience of writing my personal memoir, I realized, I would need to make The Handshake a fictional account loosely based on my father’s adventures.

The opening scene depicts a young boy waking up to the smell of smoke. He rubs his eyes, stumbles over to the second-story window of his grand home, and sees plumes of smoke rising over his beloved Vienna. Disoriented and confused, he runs to find his parents for answers. They offered none. The hours and days that followed revealed the smoke rising over the city resulted from Kristallnacht.

The remains of the “Night of Broken Glass” could be seen in many places as most of the city’s synagogues and small prayer houses were torched, sending smoke in rising columns over the skyline. From this vantage point, the pages of The Handshake unfold.

Little did my father know what the coming years would bring; being orphaned, facing hunger and finding the resolve needed to survive amidst the wreckage of post-WW2 Austria.

In 2019, when my father was being treated in the hospital for pancreatic cancer, he shared stories with many of the kindhearted nurses, including one tale of when he met someone famous. Or I should say infamous. In a chance meeting, he encountered Hitler in person. This is when the handshake occurred, thus the tentative name of this work.

As I continue to craft the pages of The Handshake, I find myself stepping back in time to view the world through the eyes of a young boy seeing everything he loves swept away by the winds of war. Emerging from the ruins, he resolves to rise above his circumstances and live another day.

Thus, in writing this book, I am connected to my past in a very real and visceral way. My hope is that the reader will also be transported in time and be encouraged to rise above their circumstances. 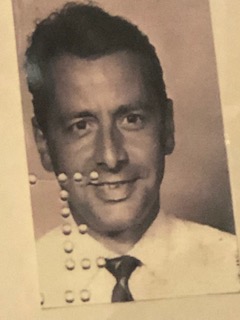 Evelyn Mann is a stay-at-home mom who lives in Tampa, Florida raising her special-needs-son, Samuel. Her son was born with a rare form of dwarfism called Thanatophoric Dwarfism and is only one of a handful of survivors. He is fifteen-years-old and has exceeded medical expectations. Evelyn is an author of her memoir, Miracle In My Living Room: The Story of a Little Mann. The second edition was released in February 2020, along with her new devotional, Thriving Through Your Trials: Devotions of Miracles, Faith & Prayer.