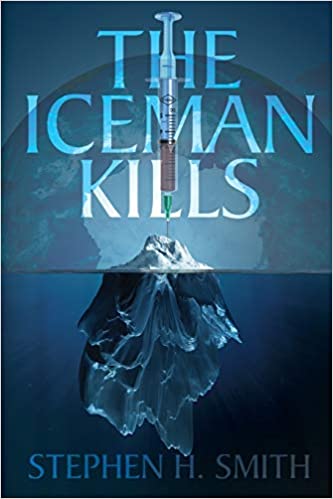 Happy Tuesday Everyone. Here's another great Author Interview. Today's victim is Stephen H. Smith, a fellow Black Rose Writer author. We are going to talk about his new book, the very timely, The Ice Man Kills.
JMR- Hi Steve, tell us about yourself. Where do you live, what do you do when you’re not writing? What is the perfect day?
SS- I live near Cincinnati OH. But I have traveled to and lived in most of the places in the novel, including several of the cities mentioned in the US, the Caribbean, Argentina, and China. When I'm not writing, I'm designing pharmaceutical plants, going to visit drug manufacturers, giving flight instruction, teaching English as a second language, volunteering, or helping my triplet children. - The perfect day for me would be to teach flying in an airplane, go soaring in a glider, bike a couple of hours in the countryside, teach English as a second language, read the Bible, and enjoy a tall dark chocolate milkshake from Baskin Robins. – By the way, in case my boss is reading this: Joel - I love my work, but it didn’t make my “fun list” above. Sorry. Nothing personal.
JMR- Wow, you're a busy guy. My second author / pilot interview, interesting. 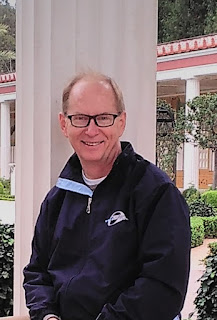 ✈
JMR- What question were you hoping I’d ask, but didn’t?
SS- The question that I often get asked is: do people want to read about a pandemic while they are living in a pandemic? – Answer: The theme of The Iceman Kills is not about what happens during a pandemic. It is about preventing bioterrorism: the race to stop a madman. -- I am convinced that nuclear war is not the world’s worst enemy: bioterrorism is. And a pandemic is the most lethal tool to make it happen. It will take great cooperation between all countries to prevent the doomsday scenario in The Iceman Kills.
JMR- Thank you, Steve for this great interview. Can I say how much I admire your dedication to finding a vaccine and I wish you luck for a speedy discovery. We all need to get back to 'real life'.
Readers, I hope you enjoyed this interview. Please subscribe and never miss an interview, book review or other post!
Labels: Action/Thriller Author Interview Black Rose Writing