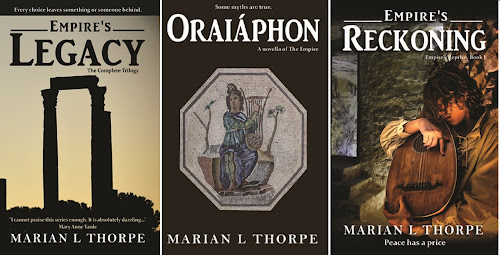 Today I'd like to introduce you to historical fiction writer Marian L. Thorpe. Welcome Marian to the Books Delight.

JMR- Marian tell us a little bit about yourself, where you live, what’s your idea of fun, what constitutes a great day in your life?

MLT- I live most of the year in Guelph, a small city west of Toronto in Ontario, Canada. Up until March of this year, we spent several months of the year in Norfolk, England, but when we’ll return again depends on when (or if) a COVID vaccine is developed.

Non-writing-related fun for me is long country walks, long bike rides, birding, and the occasional film, as well as reading.

JMR-You published your first book after you retired from two careers. Why did you wait? Did you always know you would write? How did your professional careers influence your writing? Many people view scientists as focused on minutia and writers as dreamers, how do these two aspects of your personality work together?

MLT- It wasn’t so much a matter of waiting as of producing something good enough. I’d worked on three other books prior to Empire’s Daughter, but while they were good learning exercises, they weren’t publication-worthy. I was also working in a demanding career and doing a lot of long-distance elder care with my parents – travelling back and forth every second weekend, a round trip of 400 miles/600km – so time to write was limited. Daughter took 12 years to complete.

I’d been writing since childhood, so, yes, I’d always known I’d be a writer. My education and career as a scientist taught me two valuable skills, especially for a writer whose work is based on history: research skills, and the ability to develop a theory based on facts and work from it. Good scientists are also dreamers – they ask, ‘what if?’ just as a writer does.

JMR-You split your time between two continents, are you an avid traveler? Have you travelled for research? What’s your ideal vacation? Where are you the happiest?

MLT- I’ve been to all seven continents, so I think you can call me an avid traveller (at least in pre COVID days.) Most of this was for my avocation of birding, but I’ve also travelled specifically for research, notably a winter trip to Hadrian’s Wall so I knew what it felt like, and a trip to Rome, which is the basis for my fictional city of Casil. My ideal vacation is a road trip with my husband, preferably through the prairies and plains or down the California coast, birding. I’m happiest anywhere there are big skies, long views, birds, and good pizza and beer at the end of the day. 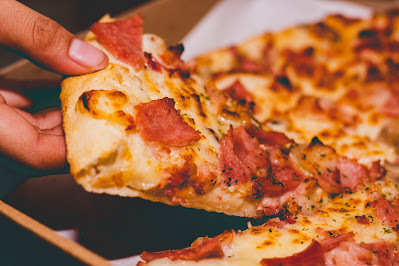 JMR-Your favorite historical eras are Roman to the 11th century. What is it about that span of time that holds your interest?

MLT- What really interests me is how global the world was then; the trade and communication that happened not just throughout Europe but beyond, into Asia and Africa.  I’m old enough to have been brought up to think of the early-medieval era as the ‘Dark Ages’, and every new revelation about Asian jewels in Merovingian brooches, or West African metalwork in a Viking grave still awes me. In some ways my entire series mirrors that, the protagonist Lena moving from her isolated, gender-limited village into the wider world, and discovering that world is so much larger and more complex than she could ever have guessed. 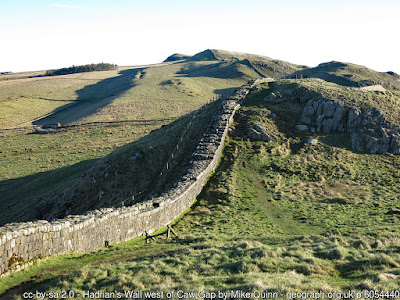 JMR- Your books are described as historical fantasy. Can you explain the how that differs from traditional historical fiction? Do you overlay your fantasy world on top of the real world or create a new world with similar features?

MLT- I don’t really like the term historical fantasy, because ‘fantasy’ suggests magic to many (most?) readers, and there is no magic in my world. I call it ‘historical fiction of another world’: what I’ve done is taken Europe after the decline of Rome, tweaked its geography slightly, borrowed parts of its history, and built a world and conflicts that feel very familiar but clearly aren’t quite the one we know. None of my characters are based on historic ones, although some are influenced by real people. Historic figures like Marcus Aurelius have existed in my world, but under a different name, and always in the past, and what few battles there are in my books are based on real ones, too.

JMR- Do you have a favorite historical female? Who and why?

MLT- While outside my period, I’d have to say it’s Eleanor of Aquitaine. My father was deeply interested in Plantagenet and Tudor history, and sometime in my teens he bought a biography of her, which I read. It was my first exposure to the life of a medieval woman with real power and influence.

JMR- Boudica was a pretty bad-ass Celtic woman. Do you think England would be a different place if she’d succeeded in defeating the Romans?

MLT- Overall, no, simply because I think it would have been a very short defeat. Rome’s sheer numbers would have overwhelmed the opposition. (Incidentally, one of my antagonists, the Procurator Decanius, is named for the Procurator Decianus, whose mismanagement of funds in Britannia partly led to Boudica’s uprising.)  But perhaps we would have a different, or a second, myth of a great leader that won 40 years of peace, had she driven Rome away for a while, and Boudica and Arthur would be of equal mythological value. 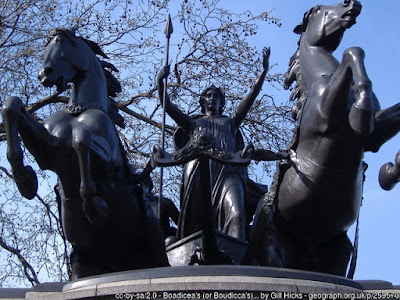 JMR- Do you have a favorite historical female author? Is her writing still relevant today?

MLT- Mary Shelley. Frankenstein is so much more than just a horror story: it is an investigation of what makes us human, and the fear that science will rob us of humanity – and blur the lines between humanity and nature and divinity. It’s completely relevant, because we are still debating all this today.

JMR- Readership and literacy rates are falling while at the same time self-published books are exploding. Is there a correlation? Is it demoralizing or invigorating, a call to arms? How do you stay true to yourself as a writer in this climate?

MLT- Reading is changing, there’s no doubt about it. Young readers want a faster, streamlined story, and often with familiar tropes, and many self-published books feed this market, whether they true fan fiction or derivations on a theme. But in many ways I see that as no different than the market there always was for formulaic books when I was younger – a specific type of romance book, or a specific type of Western. I write the stories I want to tell, and my market is firmly among historical fiction readers, and mostly in an older demographic – and that, I think, is due not only to the history behind my world, but also the difficult ethical questions I ask, and, to the language in my books. I don’t shy away from ‘harder’ words, if they’re the right ones – one of the subthemes of my series is about language and its limits in communicating our deepest feelings.

JMR- Alright. Tell us about your books. What are you working on right now? (Feel free to include a book cover or two. I will make links to Amazon.) What stories are begging you to be written?

To limit (I hope), confusion, here’s a summary of the book titles. I should make it clear, too, that although there are two trilogies, the books are all part of one series, and should be read in order.

Right now I am just beginning the 5th full book, Empire’s Heir. The first trilogy is told completely in the POV of the protagonist Lena. In this new trilogy, which moves the reader into the next generation of characters, there is a separate narrator for each book. Empire’s Heir is the second book in this trilogy, and its narrator, Lena’s daughter Gwenna, is the same age in it as Lena was when we first met her in Empire’s Daughter.

When and if I finish this series, and I’m still capable of writing, I have a novel focused around the Holy Grail I’ve been planning for about 30 years. Will it ever see the light of day?  We’ll see.

JMR- What question do you wish I’d asked? Anything else you’d like readers to know about you?

MLT- This was incredibly thorough. Thank you. 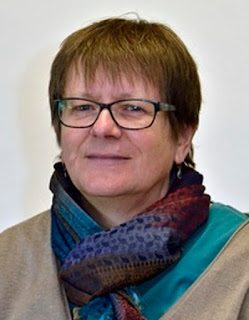 Want to follow Marian on Social media? Find her here:

How far would you go for your country?

In a land where men and women live divided lives, the Eastern Empire is remembered in snatches of story, the truth lost in time. When invasion threatens, the young fisherwoman Lena chooses to learn the arts of warfare against the wishes of her partner.

As Lena accepts the life of a soldier, the intrigues of her Emperor send her north to a land where learning is valued and history is not forgotten. Her life becomes entwined with those of two men, the enigmatic, angry Cillian and the young musician, Sorley. Circumstances take them far from the known world to learn if the Empire of the East still exists - and if it does, will it come to the aid of its long-forgotten province?

Evocative of Europe after the decline of Rome, Empire's Legacy is a story of love and sacrifice, choice and consequence, and the deep longing for home.

Can a musician heal, when a physician cannot?

In the aftermath of war, Sorley - Lord Sorley of Gundarstorp - is called upon to be many things: translator, diplomat, advisor to two leaders. The treaty that won peace has brought new danger: a corrupt official with enormous power. The only man whose subtle mind could counter this threat - the man Sorley loves - is dying. His death will leave a woman bereaved, a child fatherless, and a country defenceless. Can Sorley's music convince the gods to save a life - and if so, at what cost?

How many secrets does your family have?

For 13 years, Sorley has taught music alongside the man he loves, war and betrayal nearly forgotten. But behind their calm and ordered life, there are hidden truths. When a young girl’s question demands an answer, does he break the most important oath he has ever sworn by lying – or tell the truth, risking the destruction of both his family and a fragile political alliance?

Empire’s Reckoning asks if love – of country, of an individual, of family – can be enough to leave behind the expectations of history and culture, and to chart a way to peace.

The Cambodian Book of the Dead by Tom Vater