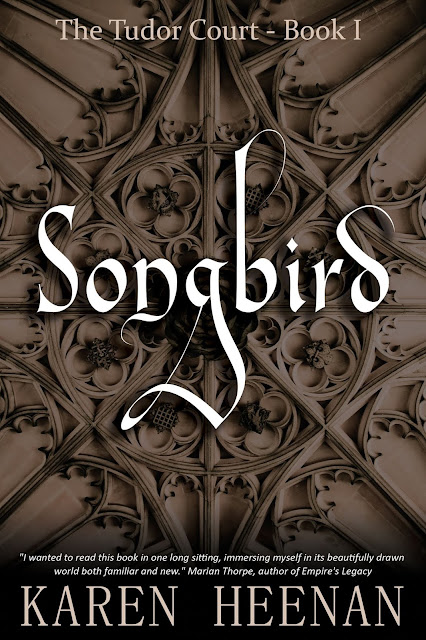 It's Tuesday and time for another great author interview. Today we chat with first time author Karen Heenan whose written a book set in Tudor times. The plot sounds fascinating and not one I've seen written about in the heavily cover Tudor period.

Ten-year-old Bess has the voice of an angel - or so King Henry declares when he buys her from her father.
As a member of the royal minstrels, Bess comes of age in the decadent Tudor court, where one false note could send her back to her old life of poverty.
In a world where the stakes are always high, where politics, heartbreak, and disease threaten everyone from the king to the lowliest musician, Bess has one constant: Tom, her first and dearest friend. But when she strains against the restrictions of court life, will she find that constancy has its limits?
If you've ever wondered what it was like "backstairs at the palace," this richly-detailed historical novel is for you.

Let's get to know a little bit about Karen Heenan

JMR- Karen thanks for submitting to my interview, why don't you tell us a little bit about yourself. Who are you? Where are you from? What does a great day in your life look like? What do you do for fun?

KH- I’m a writer who can finally say the words “I’m an author.” I’ve written since I was a kid, and I’m 56 now, so you do the math! I was born in Philadelphia and lived there most of my life, but a few years ago we moved to a small suburb just outside the city. The quiet there has enabled me to get so much more writing done.

A great day for me is spending time with my husband (who’s working from home for the foreseeable future), doing some writing, and working in my garden. My fun is writing (of course), but also reading, sewing, and gardening. I grow a lot of our food, and vacuum seal, freeze, or can it for the rest of the year.

JMR- Wow, you're a busy lady. I love that you can and freeze, veggies. My ambition is too get a tomato to ripen, one tomato! 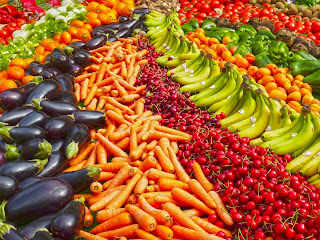 JMR- You have a blog that stretches back years. You wrote about your life, sewing and crafting for a long time, then at some point your started writing a book. How did that happen? Do you have a background in writing or history? Did you always want to be an author?

KH- The blog first came about as a way to keep in touch with far-flung sewing friends who I’d met through an online sewing community, and then at several in-person meetups. I’d always wanted to be a writer, but life got in the way. I got a secretarial job right out of high school and got used to having a salary and an apartment. I still wrote in the evenings, and at work when no one was watching, but for a long time I just wrote for myself, as a creative outlet and a way to manage my stress. For a while, the blog was the only writing I did, but I feel like it kept me limber until I went back to fiction. I have no background in history or writing other than being a big reader since childhood and having an interest in history.

JMR- Your book is set in Tudor England. Is this your favorite historical era? Do you have a favorite Tudor?  Anne Bolyen has a bit of a bad reputation, do you think she deserves it?

KH- Tudor England is probably my favorite era. I got hooked young, watching the BBC series about Henry and his six wives, and the obsession never stopped, just grew and changed over the years as I read more history and less fiction.

I don’t think Anne deserves all of her bad reputation. It wasn’t easy being a woman in those times, and even less easy saying “no” to a king who didn’t want to hear it. Most of the blame—at least to me—gets assigned to Henry. Anne might have been the “other woman,” but she didn’t start it. I feel bad for her because if she’d given him a son, she undoubtedly wouldn’t have lost her head. Of course, if his first wife had given him a son, England still might be a Catholic country, and Henry VIII might just be another on a list of English monarchs, with no legend attached.

JMR- I admit to having a huge crush on the Tudors. I love the ambition, intrigue, greed and just the power of the monarchy. Not that I would want to have lived then! 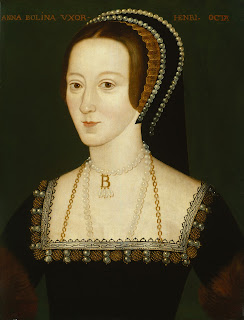 JMR- Tell us about your book Songbird. Where did you get the idea for the story? There are a lot of books written about the Tudors/ Tudor times, what makes yours stand out in the crowd?

KH- The idea for Songbird came about when I was reading a biography of Henry VIII. The author mentioned in passing that Henry was such a music lover that he once bought a child at a street pageant, and brought him back to the palace to sing in the royal choir. I couldn’t imagine that—what would it be like, to be plucked out of poverty and obscurity to live a life of music, but have to leave your family behind?

I didn’t want to use the story of the exact historical child, so I came up with my character, Bess, whose father has heard of the first purchased child and decides to bring her to the king, at Christmas, and sell her. (He’s actually doing it to save her, because they’re desperately poor and she’s very talented, but a hard thing for everyone, anyway).

While there are a ton of books written about the Tudors and Tudor times, I wanted to write something different. Henry and the other historical figures are secondary characters in Songbird, because I wanted to tell the story of real people who lived during that time. Bess and the other minstrels are a step above servant class, and they are in a unique position to observe the goings-on at court.

JMR-  Are you writing a sequel or do you have other ideas for your next book?

KH- My next book is called A Wider World, and it’s not exactly a sequel to Songbird. I like stand-alone books that can be read together, rather than series, so this book concerns Robin Lewis, who was a side character in Songbird. His story goes from the royal choir to Oxford, throughout Europe, and then back to the Tudor court to work with Cardinal Wolsey and, later, Thomas Cromwell. It’s due to be published in April, 2021.

JMR- Are you a traveler? Have you been to England to visit the places your write about? Did they live up to your expectations?

KH- I’ve always loved traveling; it’s one of the reasons I stayed in cubicle-land for as long as I did, to feed my travel habit. I first went to England when I was 18. I’d never flown, never been anywhere on my own, and I got a passport and a plane ticket and off I went. It was terrifying and empowering at the same time, because I wasn’t sure until I did it that I was capable of it.

I’ve visited as many of the remaining Tudor sites as I could, though Greenwich Palace, one of the main locations in Songbird, no longer exists. Hampton Court is an amazing place, and though it’s been lived in by monarchs after the Tudor era, there’s plenty left to remind you of their presence.

JMR- I've traveled a lot in England, and it's amazing to stand in places like Hampton Court and know that King Henry VIII and his queens walked the same halls. It certainly heightens my love of all things Tudor. And I can see how it helps an author add those important details that lend your writing an air of authority and authenticity. 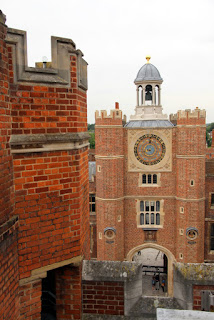 JMR- Do you have a favorite historical female figure that you admire? Who/Why?

I’ve always been a fan of Elizabeth I, and she’s going to feature in my third novel, which I’ve just begun drafting. She was a survivor—of her father, who declared her illegitimate; of her stepfather, Thomas Seymour, who wanted to marry her; of those who wanted her imprisoned because her existence was a threat; of her sister, Mary, who put her in the Tower. She played the game and survived, and she had a good instinct for who to rely on. She outlasted her siblings and made it to the throne of England, where she reigned for 44 years.

JMR- Who is your favorite author? Why?

KH- Dorothy Dunnett, a Scottish historical writer. Her Lymond Chronicles are my desert island reading. She crams an immense amount of history into her books without making them feel like info dumps, her world building and characters are amazing, and she makes her readers work for it—I’ve been sent to Google or Wikipedia more times than I can count. She’s also given me some of the best ugly crying I’ve ever encountered on the page.

JMR- Now I'm going to have to look her up. I can't pass up an ugly cry!

JMR- How can readers buy your book or follow you on social media?

KH- I can’t of any off the top of my head, but because writers like to give advice, I’ll say this: if you want to write, do it. If it’s just for you, that’s fine. If you want to try to publish, there are so many more options these days than there used to be—traditional publishing, self-publishing, small presses (the route I went, after we found each other during a Twitter pitch event). The second bit of advice is to not be too hard on yourself. Your first draft is never going to look like the shiny idea in your head, but it’s miles better than a blank page. You can always make it better.

JMR- Thank you Karen for a great interview. Good luck with your book and we look forward to your next release! 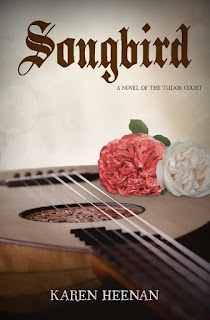