Welcome to my Tuesday Author Interview. Today I have the pleasure of speaking with Andrea Simon, who recently published her third book.
Andrea's newest release:
Floating in the Neversink
Published: October 2019
Publisher: Black Rose Writing
Genre: Women's Literature
Pages: 192 paperback
Available: Paperback, ebook
JMR- Hello Andrea, tell us about yourself. Who are you and where do you live? What do you do when you’re not writing? What does a perfect day in your life look like?
AS- I am a native New Yorker, a product of public education from elementary school to undergraduate studies at Brooklyn College, and most recent, graduate school at the City College of New York where I earned my MFA in Creative Writing. I live on the Upper West Side of Manhattan with my husband; I have a grown daughter who is a filmmaker. Fortunately, in this terrible time of corona virus, I can go across the street to Riverside Park and find a safe place to walk and enjoy nature.
When I am not writing or editing, I currently spend time in a virtual world, with a recurring online exercise workout and a drawing/painting class. My writing group has been meeting for about 25 years; and despite the relocation of a few members, we have been able to resume our weekly meetings via Zoom.
A perfect day for me would involve some combination of any of these activities: writing, relating to relatives and good friends, taking photos, reading a good novel, watching a movie, exploring nature, and taking part in some physical activity such as swimming. 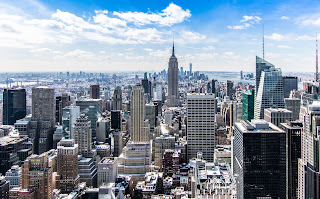 JMR- You wear many hats; writer, editor, photographer. They say a picture is worth a thousand words; what can you say with your words that a picture cannot?
AS- A very interesting question. I have been taking photographs for almost as long as I have been writing, starting out developing black-and-white film and prints in a darkroom and now resorting to the digital world. Both writing and photography involve a great deal of discipline and often present professional frustrations in getting the work to the public. However, I find that I approach both in a symbiotic manner, each informing the other. When I write, I often select photographs that represent either fictional or real characters and places and paste them around my study for inspiration; when I take photos, I am usually attracted to a person and/or scene that captures a compelling story. For each discipline, I adhere to strict compositional and descriptive standards. With my writing, I can be more specific about internal states of mind and more concrete or imaginative in my descriptions of certain scenes. Photography, of course, limits the viewer’s perceptions to what is evident, though I think a good photograph allows the viewer to imagine the invisible.
♥
JMR- You have written three very different books: a nonfiction search for your grandmother’s roots in Russia, a YA story about the life of a young Jewish Polish girl during WWII and now a fictional story about a young Jewish girl growing up New York in the 1950s. It seems clear that your heritage plays a significant role in your writing. How has your ancestry impacted your writing? Has your research/writing changed how you think about the past?
AS-Another great question. All three of my published books, as well as much of my unpublished essays and short stories, are drawn from autobiographical sources. Having grown up in the 1950s and 1960s like the protagonist Amanda Gerber in Floating in the Neversink, I was often surrounded by my grandmothers and other elderly relatives who shared their immigrant stories. My maternal grandmother, Masha, not yet thirty years old, brought nine children to America in 1923 as they escaped the pogroms of Eastern Europe. She had three husbands: an orthodox rabbi (my grandfather); a rich real-estate developer; and a young and debonair owner of a cabaret in West Berlin where he moved to collect war-time reparations. I was often transfixed by Masha’s stories, as well as those of my other grandmother, also a successful and compelling personality. As a child, I wanted to visit my family’s origin villages where they left relatives who were murdered in the Holocaust.
My book, Bashert: A Granddaughter’s Holocaust Quest, was a direct result of exploring these roots and led to research that uncovered the true story of the only recorded survivor of an under-reported massacre of 50,000 Jews, the basis of my historical novel, Esfir Is Alive. Research for these two books showed me what life was like for my grandmothers and mother and affected me profoundly. Floating in the Neversink, though a novel, is also based on many autobiographical events and real-life characters and helped me come to terms with my remembered past. 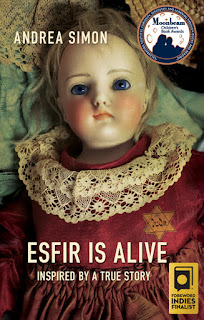 JMR- What surprised you the most in your grandmother’s story?
AS-My grandmother Masha’s story was a continual revelation. When I visited her village of Volchin in present-day Belarus, I was surprised at how accurate her descriptions had been given that she was a woman prone to exaggeration. I was thrilled to learn more about her brother and his family who remained behind during the Holocaust, though I didn’t find definitive proof of their fates. My research led me to discover a woman who had immigrated to New York post-World War II and who had been best friends with my Volchin cousins. I also learned that the lives of Jews from these small villages were much more cultured and refined than I had expected, with the young adults being educated and sophisticated in their political and social beliefs. 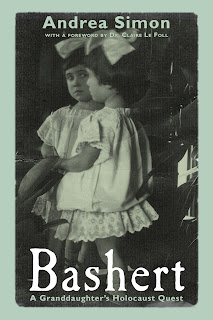 JMR- We are going through a difficult time in America, not only with the Covid Pandemic but a strong social justice movement. Do you see any parallels in your life and those of your ancestors? Any lessons from the past that you can apply to your life today?
AS-Definitely. When I did research for Floating, I found many Facebook groups devoted to the time period of the 1950s and 1960s, concentrating on memories of Brooklyn and particularly the Catskills, which many described as the best times of their lives. Reliving that era, I was struck by the longing for multi-generational family relationships, the kids playing board games and using simple toys, such as a pink rubber ball, and reading books. Today, with many children isolated from their peers, I notice that their family time has been enhanced and that many have rediscovered some of the simple pleasures of non-digital hobbies. Many people I know are re-examining their values and trying to find what is necessary for their lives.
My research into the Holocaust has tremendous parallels to modern times. Without being political, I am struck by the role of complicity by political and educational leaders who follow the often erroneous and dangerous guidelines of those in power. I see the role of racial hatred and divisiveness played out again as if people didn’t learn from their historical past.
♥
JMR- Your new book, Floating in the Neversink, is a fictional story that begins in 1955 and follows a young Jewish girl through her adolescence. What inspired this story?
AS- As I mentioned before, my inspiration for Floating in the Neversink was based on my childhood memories and certain films and books written about that era, which I felt often glamorized a complicated and often difficult period in history. It was a time that was unique in American history in terms of its iconic music, fashion style, the golden age of television, and, of course, the heyday of the Catskills, a sadly disappearing cultural phenomena.
♥
JMR- The book is written in a series of short stories. Why did you choose this format? How does it help you tell the story?
AS- This book began as a novel about Amanda and her best friends. Through the years, certain publishing professionals categorized the book as young adult and asked me to cut it in half and perform other such changes. In response to editorial directives, I added certain chapters and removed others. When I was in graduate school, I had to produce several short stories. I was attracted to this former book and turned some of the chapters into complete stories. I had amassed enough short stories with the same characters that could be formed into a collected work. Though one story does not particularly lead to another, I wanted to capture certain themes and character relationships that could stand alone as a story or help form a continuum in a coming-of-age life during this fascinating era.
JMR- What’s next? Do you have any new projects you are working on?
AS- I am working on a collection of personal essays, an interweaving of humorous and serious pieces reflecting observations from my life over the past thirty years. I am now in the process of organizing the material so that it is both chronological and has a propulsive pace.
♥
JMR- How can readers follow you on social media/the web? (please include any links to social media and your website, etc.)
I love to hear from readers and have been trying to connect lately through Zoom book question-and-answer events and book clubs.
You can reach me through these contacts:
Website: https://www.andreasimon.net/
Facebook: https://www.facebook.com/profile.php?id=100005598465031
Twitter: https://twitter.com/simonandrea19
Amazon: https://www.amazon.com/Floating-Neversink-Andrea-Simon/dp/1684333490

JMR- What question were you hoping I’d ask but didn’t?
AS- I can’t think of anything specific. These questions felt very complete and provocative. Thank you very much.
Labels: Author Interview Black Rose Writing Coming of Age Historical Fiction