Strongbow:: The Norman Invasion of Ireland by Conor Kostick 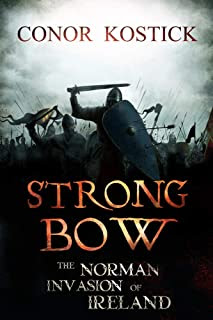 Reviewers Note: I was given a copy of the book for Christmas by my wonderful Son! Thanks Jesse!

Author Bio: Conor Kostick is an Irish Historian and Writer, he lives in Dublin. He's written books across genres including fantasy, science fiction and children's books in addition to nonfiction.

My Review: This  book took me good long while to get to the end. I had to battle my way through  hordes of unpronounceable Irish names, both person and place, which all ran together in my head. like an giant Celtic knot. With the help of St. Brigid, who lent me her patience, I slogged page by page, battle by battle, gross blinding of innocent boys, bodies broken and hurled off cliffs, beheadings by crazed females, double and triple crossing petty kings, and crossed the finish line, exhausted but exultant.

This book is not just the story of Strongbow, Richard de Clare, 2nd Earl of Pembroke, an Anglo- Norman Lord, born c. 1130, but the story of how the Norman culture came to dominate large swaths of Europe. So it's really a twofer. I especially enjoyed the chapters on the spread of the warring Normans and how they fought their way across Europe and the Middle East. These proud descendants of the Vikings ruled the Kingdom of Jerusalem from 1099-1187 and conquered all of Southern Italy, spreading their castles across the landscape.

This second part of this book is about the great Anglo-Norman knight, Strongbow. Down on his luck and out of favor with King Henry II, Richard de Clare is offered a piece of Ireland by the King of Leinster and ruler of the Ui Chennselaig,  Diarmait Mac Murchada. See what I mean about those names! Diarmait has lost a major battle and fled Ireland. He lands in King Henry's court seeking support for his cause. Stongbow gambles on Ireland and takes up the challenge, he marries Diarmait's  beautiful daughter Aife along the way. 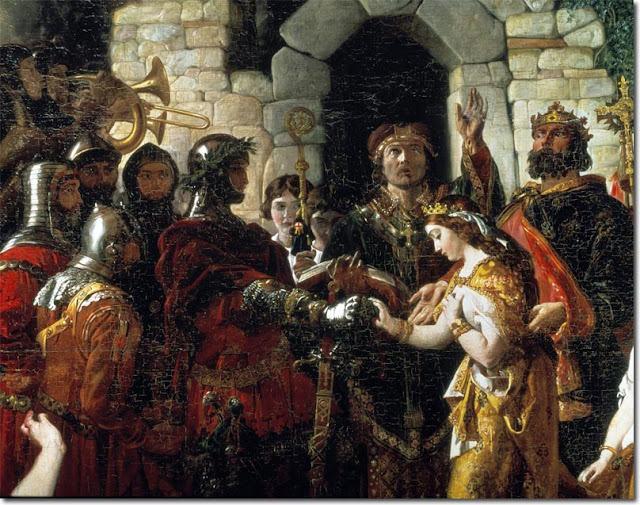 Anyway, I don't want to give away the story, but the entire book is a bloody brawl. I felt like I'd been beaten by a Norman sword but survived. It's worth reading. I found it very enlightening. The author makes comments at the end on the lasting impact of the Normans on Ireland and Irish culture which I found fascinating.

Recommendations: I think anyone who enjoys medieval history, Irish history, books about battles should give this a go. It might take a while but it's worth pushing through to the end.

The author recommends two further readings: Gerald of Wales, The Conquest of Ireland and The Deeds of the Normans in Ireland by anonymous poet.