This week I picked up books by two old friends, Daniel Silva and C.S. Harris. Well, they're not old friends as I have never met them, but I have read all their books and that must count for something. I checked them out from my local library, yes the library, that great place full of free books, yours for the taking, for a few weeks anyway. Here's a quick review of each book and a link to amazon, in case you don't have a great local library!

The New Girl by Daniel Silva
Published by Harper Collins 2019
479 pages
and at your local library!﻿

Daniel Silva is a New York Times #1 Best-Selling author. He has written almost two dozen books, many of them about Gabriel Allon. Gabriel is a spy/agent for the Israeli Intelligence. In his current creation he is the Chief of the Agency. He's getting up in years, but still like to get his hands dirty when required. straight out of the headlines. Gabriel must help the Crown Prince of Saudi Arabia, Prince Khalid, find his kidnapped daughter. The Crown Prince is the de facto head of the Saudi government and he has recently killed a well known Saudi dissident/journalist by having him dismembered after luring him to an embassy. Sound familiar? I told you, right off the front page. The prince by his initials KMB. I hope Mr. Silva is careful!﻿﻿

Well, things don't go as planned, as usual and Gabriel and his team need to track down the kidnappers and dispose of them. Lots of old friends join in and the hunt is on. The book takes us on an international whirlwind, from Israel to Saudi Arabia, England, Germany, Holland and the USA. The pace zips along at lightening speed and the plot is satisfying. There is a surprise ending, which you won't expect! Another great read by an excellent author. 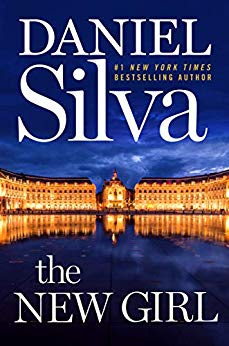 Who Slays the Wicked by C.S. Harris
Published by Berkley Penguin Random House 2019
337 pages
Online and in your local library

C.S. Harris is the author of over 25 novels and writes under several names including C.S. Graham and Candace Proctor. This is the fourteenth book featuring Sebastian St. . Sebastian, Viscount Devlin inhabits the rarefied world of elitist Regency England. But Sebastian isn't just a rich nob, he's an -sleuth who loves to solve crimes. ﻿﻿

The crime is the brutal murder of the sadistic Lord Ashworth, a suspect in a previous book and the current husband of Sebastian's niece Stephanie. Sebastian does not hesitate to submerge himself in the seedy underground of London in search of the truth. With his cohort of friends he desperately searches for both a motive and a killer. Suspects include a Russian Princess, another cruel Gentleman, and Stephanie, his niece. ﻿

As usual, the plot zips along, and the murder mystery well developed, with plenty of intrigue, twists and turns. Sebastian's wife, Hero, makes brief appearances and the crime. I won't say this was my favorite book by C.S. Harris, but it is still worth reading. I recommend you read these books in order so that you know exactly who's who and what's what. 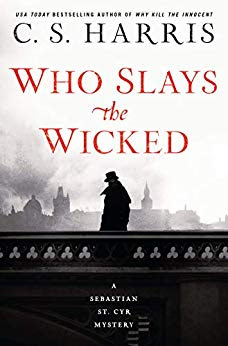